Founded in 1946 by Geoffrey Grigson, Roland Penrose, Herbert Read, Peter Gregory, E.L.T. Mesens and Peter Watson, the Institute of Contemporary Arts resisted an initial impulse to become a Museum of Modern Art for London, preferring instead to position itself at the forefront of art and culture. Initially conceived with a special focus on artists working across a range of contemporary art forms, the first ICA exhibitions took place in a hired space at the Academy Hall, Oxford Street, before taking up more permanent residence at 17-18 Dover Street, Mayfair, in 1950. During the post-war period, the ICA would significantly respond to developments taking place in the international contemporary art world.

Peggy Guggenheim (1898–1979) was the daughter of Benjamin Guggenheim, one of seven brothers—including Solomon R. Guggenheim—who, with their father, Meyer, created a family fortune in the late 19th century from the mining and smelting of metals. After coming into her inheritance, Peggy moved to Europe in the 1920s; there, through her first husband, Laurence Vail, a Dada artist and writer, she became acquainted with many of the leading figures of the avant-garde in Paris and London, including Marcel Duchamp.

She embarked upon her career as an art patron at the age of 39, when she opened her art gallery, Guggenheim Jeune, in London, in January 1938. The gallery mounted the first exhibition of Vasily Kandinsky’s work in England, and served as a catalyst for the appreciation of modern art in Britain.In 1939, Peggy enlisted the assistance of art historian Herbert Read, to create a list of all of the artists to be represented in her collection, which was later revised by Duchamp and Nelly van Doesburg, the widow of abstract painter Theo van Doesburg. This list was to serve as the basis for her collection. Intended to be historically comprehensive, it encompassed both abstract art and Surrealism, distinguishing Peggy’s approach to collecting from the narrower focus on nonobjective painting that characterized Solomon’s advisor and curator, Hilla Rebay, who was vehemently opposed to Surrealism.In 1939–40, despite the war, Peggy busily acquired works for the future museum in London and Paris, keeping to her resolution to “buy a picture a day.” Some of the masterpieces of her collection, including works by Francis Picabia, Georges Braque, Salvador Dalí, and Piet Mondrian, were bought at this time. She astonished Fernand Léger by buying his Men in the City on the day that Hitler invaded Norway. She acquired Constantin Brancusi’s Bird in Space as the Germans approached Paris.

In July 1941, Peggy fled Nazi-occupied France and returned to her native New York, where she continued to acquire works for her collection, and the following year, opened her museum-gallery Art of This Century. Designed by the Romanian-Austrian architect Frederick Kiesler, the gallery was composed of extraordinarily innovative exhibition rooms and soon became the most stimulating venue for contemporary art in New York City. There Peggy exhibited her collection of Cubist, abstract, and Surrealist art, and also held temporary exhibitions of both leading European artists and several then unknown young Americans such as Robert Motherwell, William Baziotes, Mark Rothko, David Hare, Clyfford Still, and Jackson Pollock.

Art of This Century provided a fertile meeting ground for European émigré artists and their younger American counterparts, the pioneers of the nascent New York School. Through her exhibitions, Peggy offered pivotal encouragement and support to the development of America’s first art movement of international importance. Her patronage of Pollock was particularly significant; Peggy not only provided him with his first show in 1943, but also supported him with a monthly stipend and sold a number of his works, in addition to keeping a group of seminal paintings for her own collection.

In 1947 Peggy returned to Europe, where her collection was shown at the 1948 Venice Biennale, the first exhibition in Europe of the work of American artists such as Arshile Gorky, Pollock, and Rothko. The following year, she bought Palazzo Venier dei Leoni, on the Grand Canal in Venice, where she lived until her death. In 1949 she held an exhibition of sculptures in the garden, and from 1951 she opened her collection to the public.

In 1969 the Solomon R. Guggenheim Museum invited Peggy Guggenheim to show her collection in New York. The success of that exhibition, and years of courtship by museum director Thomas M. Messer and presidents Harry Guggenheim (Solomon’s nephew) and Peter Lawson-Johnston (Solomon’s grandson) persuaded Peggy to donate her palace and works of art to the Solomon R. Guggenheim Foundation. Peggy donated her Palazzo to the Foundation in 1970 and her collection in 1976, and the foundation assumed management and full responsibility for both upon her death in 1979.

With its exceptional collection of Surrealist paintings and sculpture, including iconic works by Max Ernst, René Magritte, Joan Miró, and Yves Tanguy, as well as its unparalleled concentration of painting by Jackson Pollock—from early, Picasso and Surrealist-inspired works such as The Moon Woman, to poured paintings such as Alchemy—the Peggy Guggenheim Collection enriched and filled in critical gaps in the collection that her uncle had inaugurated in New York. Independently formed and shaped by profoundly different visions, the collections of Solomon and Peggy complement one another and together help form one of the most significant collections of modern art in the world. 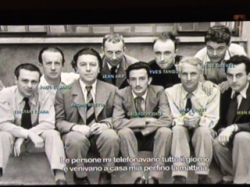 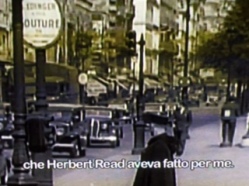 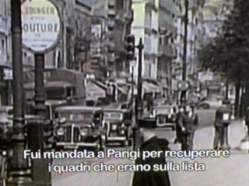 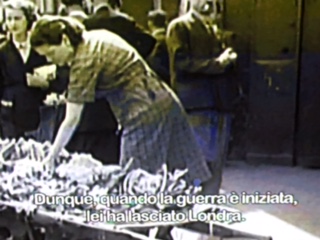 but wat is Eranos ?
Official webpage

Eranos is an intellectual discussion group dedicated to humanistic and religious studies, as well as to the natural sciences which has met annually in Moscia (Lago Maggiore), the Collegio Papio and on the Monte Verità in Ascona Switzerland since 1933. (today at the Monte Verità as well).

It has also been the name for a circle of scholars at Heidelberg (Germany) in the early 20th century. Among others, Max Weber and Ernst Troeltsch were members of the “Heidelberg Eranos”.

The name is derived from the Ancient Greek word ἔρανος meaning “a banquet to which the guests bring contributions of food, a no-host dinner.” The circle at Moscia was founded by Olga Froebe-Kapteyn[1] in 1933, and these conferences have been held annually on the grounds of her estate (on the shores of Lago Maggiore near Ascona in Switzerland) ever since. For over seventy years this event has served as a point of contact for thinkers from disparate fields of knowledge ranging from depth psychology and comparative religion to history, literary criticism and folklore, and provides a setting and a congenial group within which to discuss all things spiritual. Each conference takes place over eight days, during which time all participants eat, sleep and live together, thereby promoting a camaraderie which fosters an atmosphere of free and open discussion. Each year a new theme is addressed, and each participant scholar delivers a two-hour lecture on a topic of his choice relating to the theme — his/her contribution to the ‘banquet’ of ideas — thereby attempting to draw these multifarious thinkers into productive intellectual discourse.

Froebe-Kapteyn established this group at the suggestion of the eminent German religious historian, Rudolf Otto. Froebe-Kapteyn was the Dutch foundress of the literary salon “Table Ronde” (Round Table), which is indicative of the Eranos’ ‘spiritualist’ bent. Indeed Eranos was from its very outset interested in these issues and its first theme, ‘Yoga and Meditation in East and West’, was a truly pioneering subject in the early 1930s. Past themes include Ancient Sun Cults and the Symbolism of Light in the Gnosis and in Early Christianity (1943), Man and Peace (1958), Creation and Organization (1966) and The Truth of Dreams (1995). Participants over the years have included Heinrich Zimmer (Indian religious art), Karl Kerényi (Greek mythology), Mircea Eliade (history of religions), Carl Gustav Jung and Erich Neumann(analytical psychology), Alfons Rosenberg (symbolism), Gilles Quispel (gnostic studies), Gershom Scholem (Jewish mysticism), Henry Corbin (Islamic religion), Adolf Portmann (biology), ***Herbert Read (art history), Max Knoll (physics), and Joseph Campbell (comparative mythology).[2] The Eranos conferences have resulted in the publication of a number of books.[3] Anyone may attend the lectures upon payment of a small fee.

On my recent visit to the renovated Monte Verità Museum I’ve found a picture of Herbert read.

Note that the curator of the Monte Verità Exposition le Mammelle della Verità was Hararld Szemann.

Note that the widow of Harald Szemann  Ingeborg Lüscher was a peinture scholar of … Luigi Pericle !

My wife and I invited Ingeborg to our Ascona Film Festival 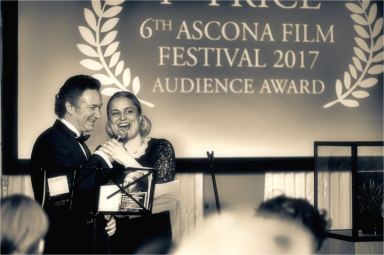 The German webpage about Lüscher and Luigi Pericle :

FILM about Herbert Read  Huw Wahl’s documentary ‘To Hell With Culture’ (2014). Director Wahl, and Herbert Read expert Michael Paraskos, talk us through his life and his commitment to art and anarchism. teleSUR