Luigi Pericle Giovannetti , the forgotten talent. The world of a lost artist re-emerges in Ascona 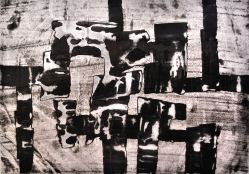 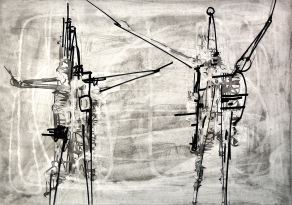 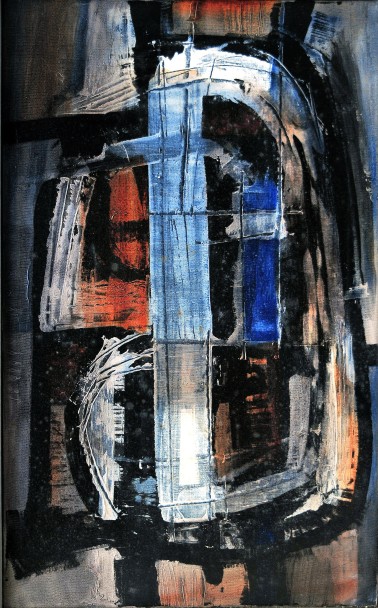 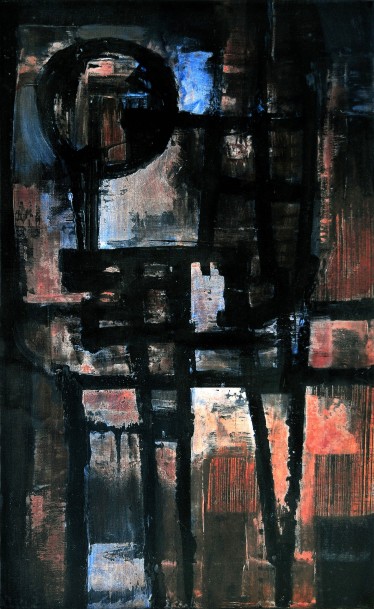 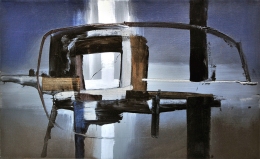 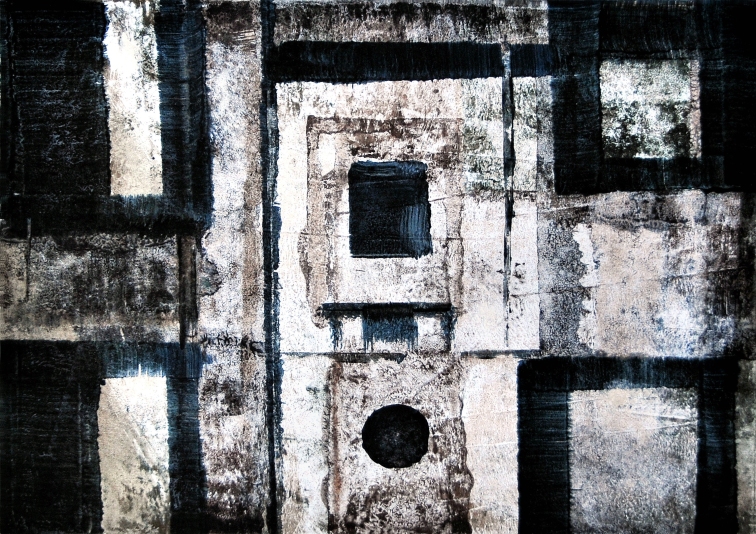 The world of a lost artist re-emerges in Ascona

It’s a late summer afternoon when a phone call arrives at the newsroom that has the taste of a signal. Go to Ascona, has just been found a collection of art disappeared for decades, a corpus intact of works by Luigi Pericle Giovannetti , a real treasure that emerges only now. A certain skepticism prevails initially: is it really a treasure? And why does the name of the author, Luigi Pericle Giovannetti , tell me absolutely nothing? The appointment in Ascona, on the slopes of Monte Verità, is with Andrea and Greta Biasca-Caroni, they are the owners of the paintings, and they begin to tell a story that is incredible and that I will try to tell here. Last year, the couple buy a two-storey villa, where no one has been around for fifteen years. He lived there a painter who died in 2001 without leaving heirs, and the house remained as he left it. After the first inspections, the couple realizes that they have something unique in their hands: in the abandoned rooms, among the dusty furnishings, on the shelves of bookcases, the world of a forgotten artist, paintings, letters and photographs of Luigi begins to take shape. PericleGiovannetti , a painter who for many reasons today, few know, but who deserves great attention for the intensity of his experience and his work.

The first inventory speaks of dozens of oils and thousands of cards, all in good condition. The Biasca-Caroni are curious people and begin to do the first research. In the village there are those who have a distant memory of Giovannetti , who in the last years of his life had almost stopped painting to dedicate himself to something else. He led a secluded life, dedicated to profound mysticals studies, wrote science fiction novels and gave lessons in painting. Among his students a young Ingeborg Lüscher , future wife of the critic Harald Szeemann , who tells how Giovannetti , who emanated an aura of knowledge, was kind, friendly but always a bit distant. This testimony, published on the ticinarte.ch website, helps us only partially to outline the figure of a painter who is difficult to frame in today’s canons, so much devoted to individual specializations. Who was Giovannetti really ? An artist? A philosopher? A mystic? Or all these things together? Andrea and Greta Biasca-Caroni show me the results of their research, and it’s like a big puzzle that is made up before our eyes. Of the family origins and of the childhood of the artist little is yet known, a poor biographical profile, published in a catalog of the sixties, says he was born in the Marche region and grew up in Basel; he studies art but soon abandons because intolerant to the school discipline. He has a good hand and finds work by doing the illustrator. Between the end of the forties and the following decade he collaborated with important satirical newspapers, specializing in the design of animals,including a round and nice marmot, called Max, which at the time was successful. Sign with the surname, Giovannetti , but probably all this is not enough. In 1958 he destroyed the thirty year old work, which he never exhibited and in which he no longer recognizes himself, to try new research. Embraces abstractionism, is updated on what happens in Europe in the field of informal and decides to be known only with the name of “Luigi Pericle”. The turning point was 1959, when the Basel Peter Staechelin became interested in his work it is the beginning of a partnership that will allow the artist to work with peace of mind and the collector to acquire a hundred of his works. The Staechelins have an important name in the world of Swiss art: Rudolf Staechelin , Peter’s father, boasts a collection of treasures including works by Van Gogh, Monet, Cézanne, Picasso and Gauguin. The next decade is full of promising meetings: Hans Hess, the creator of the York Festival and director of the York Museum, discovers his work and decides to introduce it to England. The first exhibition by Luigi Pericle is at the Tooth Gallery in London, followed by other exhibitions, again on English soil. He also knows Herbert Read, British poet and art historian, expert on surrealism and personal advisor to Peggy Guggenheim. Read is not a stranger in Ascona, as he attends Eranos’ seminars : he is favorably impressed by the painter, who admires his technical abilities and the beauty of his works, influenced in his opinion by oriental spirituality.

In the mid-sixties then ours is an artist who has a luminous path in front of him, with the support and support of important figures but … something broken: Luigi Pericle decides to retire and not expose anymore, perhaps because of the need for a new spirituality, or for the desire to abandon a world that does not correspond to it.

Greta and Andrea Biasca-Caroni show me the works of Luigi Pericle found in his home. The paintings speak of an artist who looks at tachism and neocubism , who prefers an essential language and has a palette reduced to a few tones. The shapes are controlled, the geometric structures, there seems not to be too much space for improvisation. Of a different flavor are the papers, very free, beautiful and expressive, from which we can deduce its interest in the East. The times now seem ripe for a thorough research on the artist, who delineates the biography and allows her to study the work. I have the impression that we will hear from Luigi Pericle again.

The mysterious rebel who retired on the threshold of success

The biography of Luigi Pericle Giovannetti is still to be written. It is known that the artist was born in Monterubbiano, a small town in the province of Fermo, in the Marches, in 1916 from an Italian father and a French mother and that at a young age, presumably with his family, he emigrated to Basel. Early talent, as a child began to take an interest in painting, enrolled in an art school but soon shows a certain impatience for classical teaching methods and seeks new ways. He is interested in oriental philosophies and studies ancient Greek, Egyptian and Chinese civilizations, in which he finds inspiration for his art. In the fifties he devoted himself to illustration, starting to collaborate with some satirical magazines, such as the Swiss Nebelspalter and the English Punch, for which he invented the marmot Max, which was published for the first time in 1952 and which suffered a great success. He destroys all his production dating back to the thirties and forties but continues to devote himself to painting, preparing himself the colors, as did the old masters, and also using resins and special Chinese inks. In 1959 he came into contact with the Basel collector Peter G. Staechelin , who became his patron and from that moment acquired an important number of works (even today in the Staechelin Collection there are a hundred paintings created by Giovannetti ). To make it work in great tranquility, Staechelin buys forGiovannetti and his wife Ursula the Casa Halla (which in Spanish means “discovery”), on the slopes of Monte Verità in Ascona. With the name “Luigi Pericle”, between 1962 and 1965 he exhibited several times in England, mainly at the Tooth Gallery in London, contemporary art gallery specializing in some of the great names of abstractionism and the European informal, such as Karel Appel, Antonio Saura, Jean Dubuffet , Corneille and Asger Jorn . Many of his works end up in private English and American collections. Still in 1965 he received in Ascona the visit of Herbert Read, former curator of the Victoria and Albert Museum in London, professor at Harvard and personal advisor to Peggy Guggenheim. An encounter that could really change the life of the artist if it did not take over a decision that still remains unexplainable today. For reasons that are in fact unknown, Luigi Pericle retires from the scenes and the center of his world becomes the home of Ascona, where he continues to paint until the eighties, also dedicating himself to meditation, research and writing, and maintaining however, correspondence with scholars and intellectuals all over the world. In 2001 he dies without heirs in Ascona and his house is closed for fifteen years.

Raffaella Castagnola Rossini who first understood the importance of the news.

Raffaella Castagnola,   Director of the   Division of culture and university studies in the Canton of Ticino.

Fabio Pontiggia   Director of the Corriere del Ticino who has personally verified.

Simona Ostinelli   who made this magnificent article.

Thank you very much